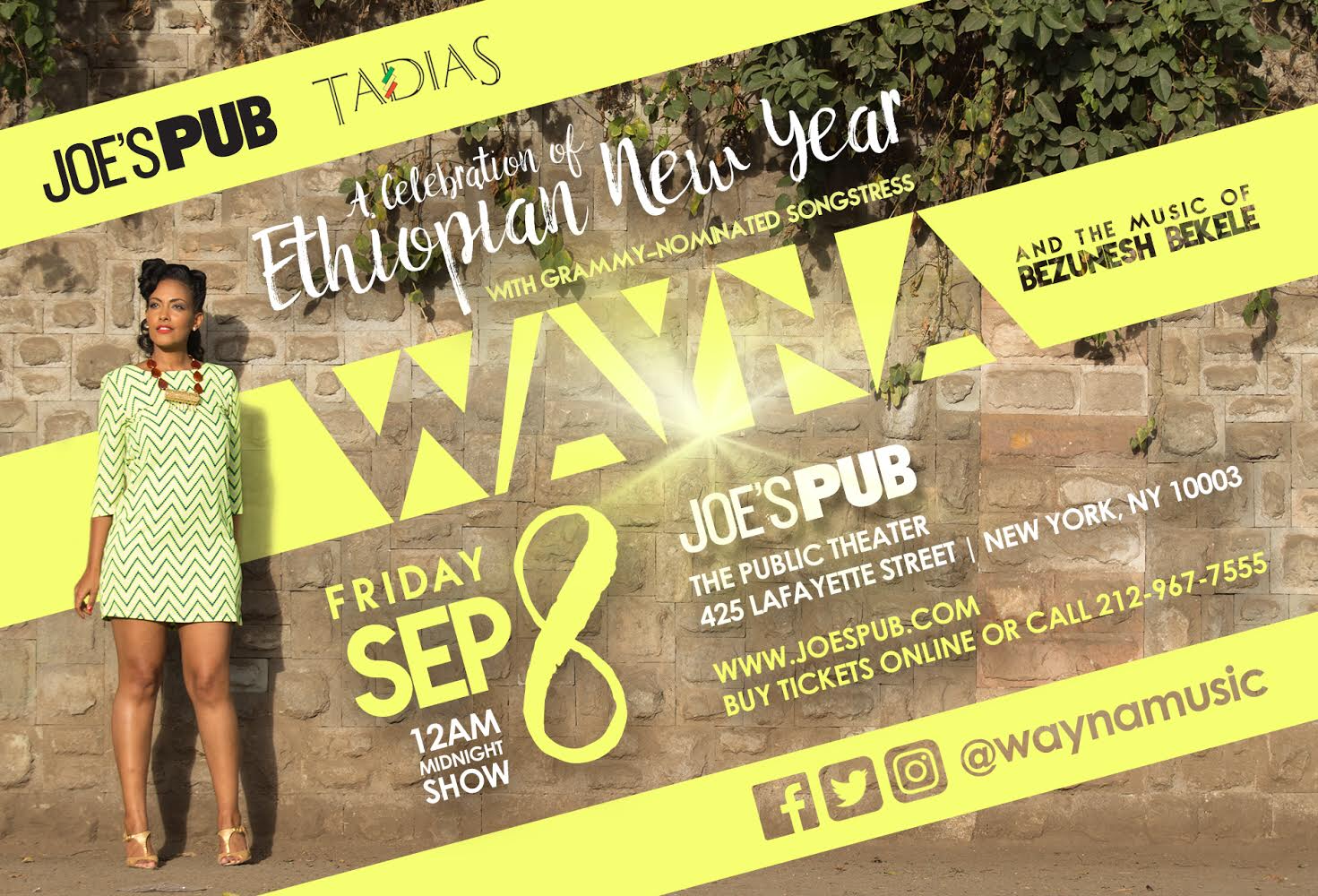 After performing a Bezunesh Bekele classic, “Mignoten ManYawkal” on Channel 9 WUSA News, Grammy-nominated singer Wayna prepares for the second installment of her tribute series to the iconic singer at Joe’s Pub Friday Sept 8, 2017 at midnight 12:00am in celebration of Ethiopian New Year.

After completing a 2-month US Tour with American soul and Motown icon, STEVIE WONDER, Wayna traveled to Ethiopia to perform weekly at the Marriott Apartments in Addis Ababa, beginning on New Year’s Eve 2016.  It was while performing there for 2 months that she studied the music and style of superstar, Bezunesh Bekele, known as “the Aretha Franklin of Ethiopia.”

“Along with Motown, Ethiopia has a rich history of soul music,” says Wayna, “but one that reflects the culture and language I grew up with. I want to celebrate that timeless legacy.”