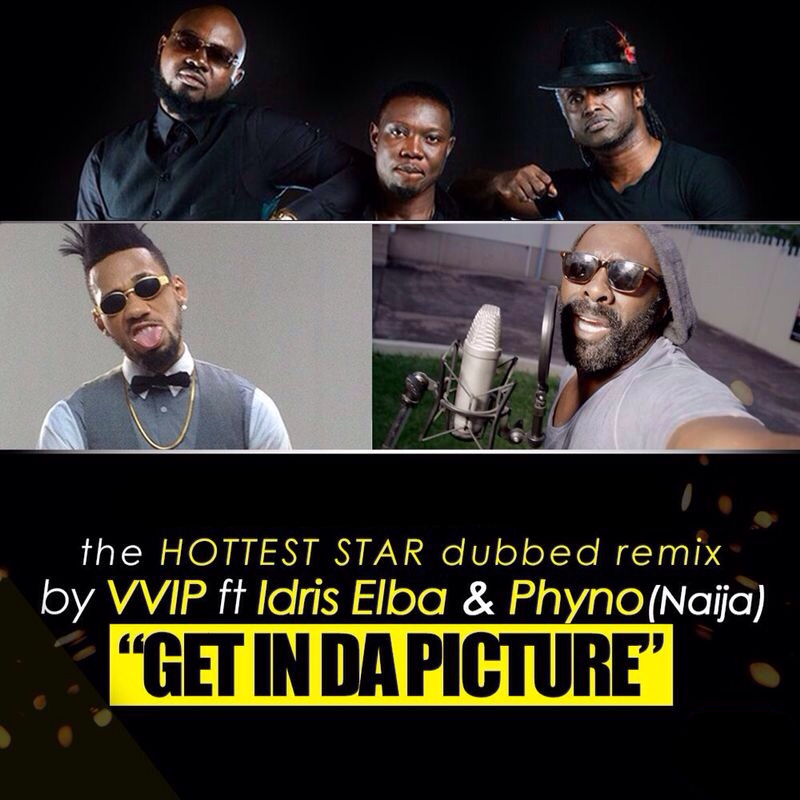 VVIP is Ghana Rap/Hiplife veterans Reggie Rockstone (Reggie Ossei) and remaining V.I.P. members, Prodigal (Joseph Nana Ofori) and Zeal (Abdul Hamid Ibrahim). They formed this super group on a whim that was shared with the public for opinion. They released their debut single ‘Selfie’ in May 2014 and now they have raised their star game by introducing Hollywood and British TV/Film actor Idris Elba on the remix along with Nigerian rap artist, Phyno.

British actor and Disc Jockey (DJ) of Ghanaian and Sierra Leonean heritage; Idris Elba, came to film a movie project in the Eastern and Western regions of Ghana earlier this year. The name of the film is called “Beast of No Nation”. This is an adaptation of a novel about civil war through the eyes of a child soldier, written by Uzodinma Iweala. (He’s a commanding officer, Hence the beard in the photos). When Idris Elba had downtime, he connected with Ghana rap superstar, Reggie Rockstone in Accra. Idris Elba felt that he had to “bust a flow’ on Reggie’s current project: VVIP. “Selfie” Next stop, a remix of the video with a cameo by Big Driis himself.

Up and coming rap artist Phyno of Nigeria heard about the collaboration and decided to join in and get in “da picture”. So here we have a beautiful collaboration of West African artist making music primed for the dance floor!

Other singles released by VVIP are “The Book of Hiplife” and “OMG”.