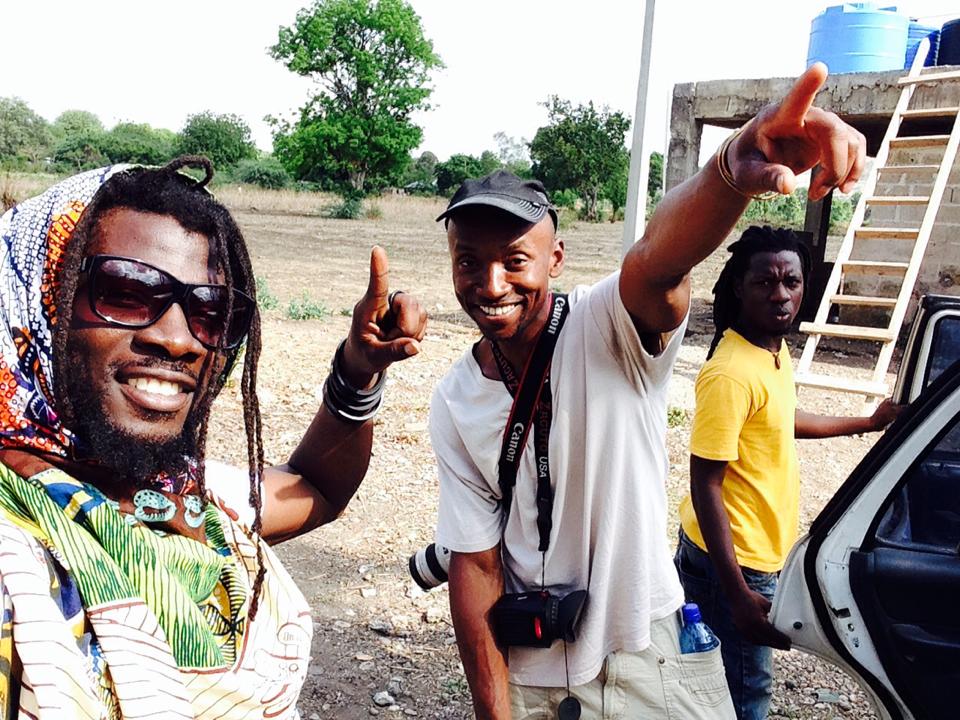 My given name is Emmanuel Alexandre Jr. but I’m called Mãno – short for Emmanuel in Haitian/ Kreyol.   I was born in Port-au-Prince, Haiti.  I came to the United States just as I was turning 14 in 1990. I have a bachelor’s degree in Media Studies/Journalism from (CUNY) Hunter College and an MFA in Cinematography and Documentary Directing from (CUNY) City College. I write, edit, direct, produce and shoot for both fiction films and documentaries. I guess that makes me a filmmaker. I also teach filmmaking at CUNY.

Recently I’ve found a new passion. I’m involved with a group of artists who are working with Haitian children living in the sugarcane community(Batey) of the Dominican Republic. Through “workshops” with donated video equipment and “creative clinics” the kids are learning to find their own “voice”. Nothing can be more satisfying than seeing how quickly they learn and take to the fancy tools of the Internet age.

I’ve always been a storyteller.  When I was a child in Haiti, I would watch movies then proceed to recount the high points to the neighborhood kids -scene by scene.  My father was a writer, he wrote Haitian folktales and poetry.  He wrote every day.  I grew up seeing stacks of his large notebooks around the house.  That inspired me – I taught myself to write short plays. That interest subsided as I adjusted to high school and life here in the United States. I followed that real urge to tell stories again in my late teens and early twenties.

How did yourself and Tiga meet?

I met Tiga on a film shoot in 2007. In his performance he sang a song about Haiti that really resonated with me.  I had never heard a Haitian artist express one’s self so freely and creatively.  A few months later, I contacted him about my documentary film about the Haitians who labor in sugarcane camps in the Dominican Republic. He immediately offered to provide a musical score for the entire film. His contribution to “Welcome to Batey 6” is phenomenal. We clicked immediately certainly on a professional level – but also as friends.

What makes Tiga unique from other Haitian Artists ?

Tiga is the most original artist to come out of Haiti for as long as I can remember.  He’s able to communicate the Haitian narrative in his music. He also handles the greater narrative of the continental and African Diaspora within his music. Tiga is a remarkable drummer, musician and composer.  His music shows a deep understanding of Haitian traditional culture and music as well as that of West Africa.

As Artists and friends, our working philosophy is to explore and experiment. We seek new ways to produce music and images that tell the story of Haitian culture.

What is the meaning behind Djawento?

Djawento is the spirit of the drums in Haitian Vodoun.  It also means truth – truth without reservations. It means truth of intention. It means truth in communication – truth in action – the naked truth.  That was our guiding theme throughout the video.  We wanted to communicate to the world that through truthfulness – real and lasting change could happen.

In the video we follow the journey  to  Lakou Souvenance,  what is the Souvenance Ceremony about?

Lakou Souvenance is one the most sacred places for Vodoun worshipers.  It’s located in Gonaïve where Haiti’s declaration of independence from the French was signed in 1804.  It is also near where in 1791 the battle for independence was ignited with a pivotal Vodoun ceremony at “Bwa Kayiman”. The pilgrimage has been celebrated for over 200 years.  Our ancestors were brought to Haiti during the slave trade from Dahomey, which is modern day Togo, Benin in West Africa.  The Souvenance pilgrims pay homage to these ancestors.  It’s a spiritual link to our old world.

Voodoo/Vodoun  has always had mixed perceptions, what are your personal views on this?

The correct spelling of our religion is “Vodoun”, not “voodoo”. Americans created the word voodoo. American films have historically depicted “voodoo” and Haiti as a dark and scary place, quite often with exaggerated and laughable caricatures. The word has a deep stereotypical and racist legacy.  I think that small discrepancy in spelling and the deliberate portrayal in movies have fostered worldwide negative misconceptions about the religion.

A great many Haitians know little about Vodoun.  These negative perceptions from the outside have impacted Haitians’ own views of Vodoun!  There is a deep complex in the Haitian psyche about the religion. But once you take away all of these negative ideas, what you have left is beauty and reverence to nature – reverence to life in all its different forms and its interconnectedness to the spirit world. It is not about darkness but more about lightness. It is about celebrating and paying respect to the spirits, the ancestors that have walked the earth before us. That’s really what inspired me about the religion. It is something that more people should try to experience and understand.

What is the message you would like the viewers to take away with them?

In Djawento we bluntly present to the world different aspects of Haiti’s Vodoun religion. We hope to bridge the “disconnect” between Haiti and the rest of the world.   We wish to shatter antiquated stereotypes about native African cultures in the Diaspora throughout the world, not just in Haiti.  It is something that I had to fully understand myself before venturing into a work like this.   I’m trying to reintroduce these visual and sensory concepts, hopefully in a way to invoke curiosity and discussion.

What are your hopes for the future of Haiti?

I hope for less suffering, less poverty and fewer preventable deaths. We need more and better education. There should be more opportunities for women and for young people. I’d like to see more Haitians at home – and Haitians around the world embrace their African roots and culture.  I believe that would solve a lot of problems in our society.

When you hear the word africology what comes to mind?

The first thing that comes to mind is “learning” -learning the story of Africa and all her children through artists and storytellers.

For more on Tiga: http://tigajeanbaptiste.com