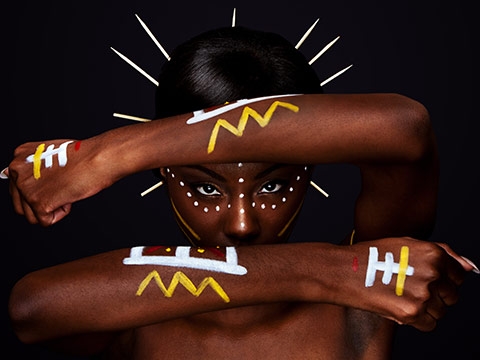 The public gets to vote on their most-cherished artist representing one of these categories.

The five regions of Africa are in public competition to garner votes of their respective music industry fans for the 2014 All Africa Music Awards, AFRIMA, to be held at The Landmark Convention Centre, off Ligali Ayorinde, Oniru Victoria Island Lagos Nigeria on Sunday, 9th November at 19:00 hours.

Although popular names in the continental music industry showed up on the highly-anticipated Nominees’ List of the awards project that is rewarding excellence by budding and established music professionals as well as journalists, the nominations of a generous number of emerging African artistes in many award categories threw more excitement into the unveiling event witnessed by local and international press as well as critical stakeholders in the music industry.

Heavyweight African music producer, Don Jazzy (Nigeria) made the Africa Producer of the Year category for the song ‘Eminado’ alongside top contenders: Robbie Malinga & Mojela Thebe (South Africa) for ‘Impilo’; Oskido and Shizzi (Nigeria) for ‘Tchelete’; Mikky Me (Nigeria) ‘Down’ and Del’B (Nigeria) for ‘Pull Over’.

Giving details into the criteria by which the nominees list emerged, Matlou Tsotetsi explained that the jury panel adhered strictly to the entry submission requirements while being guided by AFRIMA’s core values of FACE IT –Fairness, Authenticity, Creativity, Excellence, Integrity and Transparency. “The adjudication panel of jurors consisting of experienced names in the continental and global music industry were in Lagos in July to evaluate the submitted works. The entries which made the laid down criteria and qualified on merit were shortlisted based on their scores and this was sent to our Kenya-based auditors who then tabulated these scores. The result is what we are presenting today”, Ms. Tsotetsi stated.

While 30 of the 33 award categories will be open for voting by the public and AFRIMA Academy of Voters, Mike Dada revealed that recipients of the AFRIMA Legend Award and the Africa Entertainment/Music Journalist Award will be decided by the International Committee of AFRIMA and announced at the main awards ceremony on Sunday, November 9, 2014.

AFRIMA voting began online on Tuesday, September 30. there’s still time to register and vote. AFRIMA encourage the public, fans and followers of African music to visit the AFRIMA website,  www.afrima.org , to view the nominees in the 30 categories of the award and vote for their favourite artiste (s).

How does one vote:

For the 2014 edition, the award project opened entries on May 15 and closed the submission of entries on July 21 in the process receiving a staggering total of 2,000 plus works for assessment submitted by African music industry artistes, professionals and journalists.

Nominees are vying for the coveted AFRIMA trophy in 33 categories divided into the regional and continental categories and including the AFRIMA Legend Award –a honour for a great African who has contributed immensely to the advancement of African music, the creative sector in general and impacted on the positive image of the continent and its global reckoning.

The CONTINENTAL award categories are:

Revelation of the Year

Producer of the Year

Artiste of the Year

Song of the Year

Video of the Year

Songwriter of the Year

Album of the Year

Pop Song of the Year

Rap Song of the Year

Collaboration of the Year

Music/Entertainment Journalist of the Year and AFRIMA Legend Award.

In partnership with the African Union Commission, All Africa Music Awards promises to be a premium star-studded event on November 9, preceded by the AFRIMA Music Village between November 4 and 7, a four-day festival style open concert of non-stop music, fanfare and exhibition from countries in Africa and performances by African artistes. There will also be an African Music Summit, November 6 to 7, themed “Reviving the Business of Music in Africa”. The two-day conference will be a platform for the music industry stakeholders to engage and deliberate on how the industry can be nurtured and be a major contributor to national and continental economies.