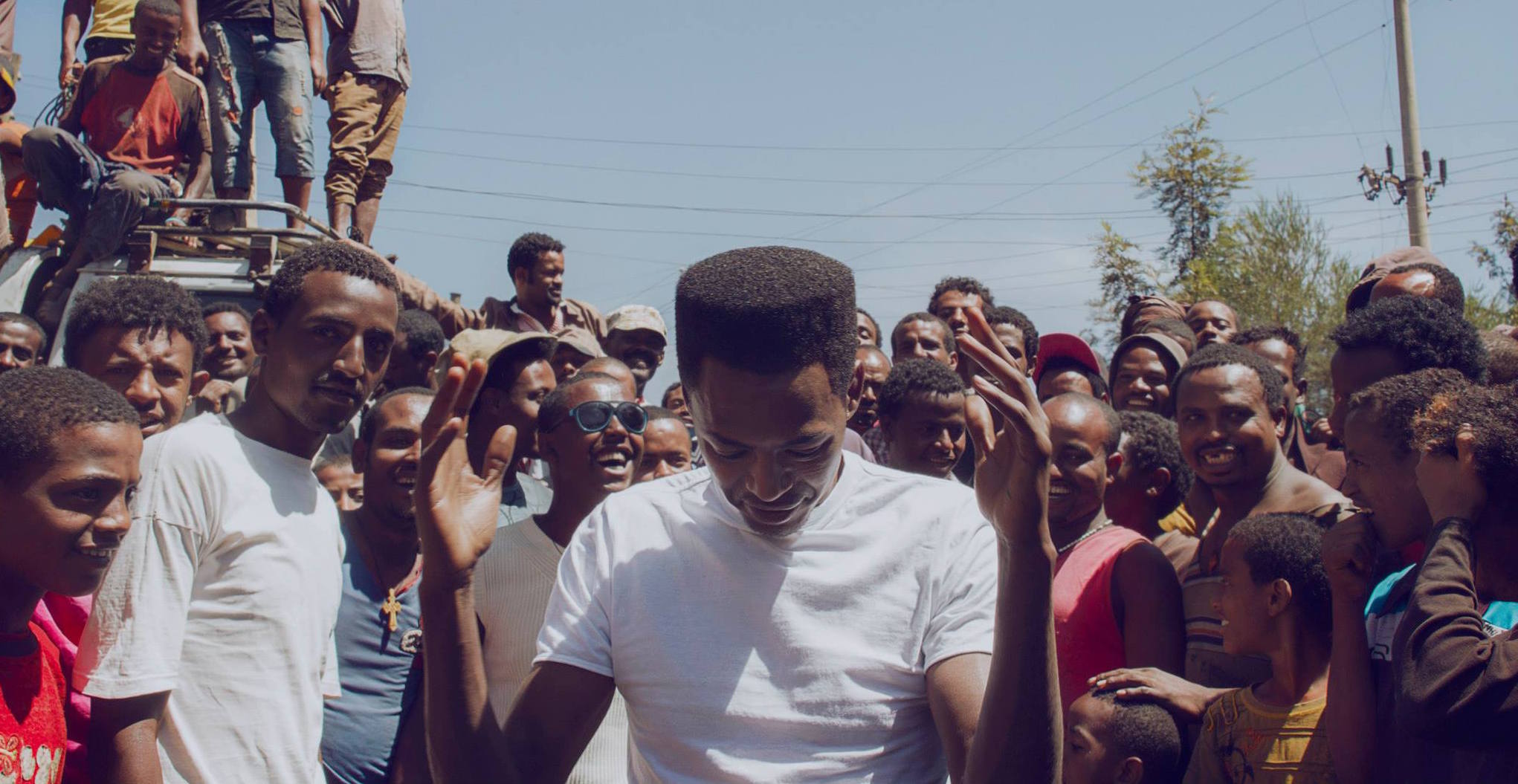 Every time the team travels abroad, we always look for unique artists to collaborate with. On our last visit to Ethiopia, we were keen to seek the ideal artist to work with, an artist that challenges the status quo. On our 2015 trip, Teddy Yo was the model artist in Addis Ababa. I have known Teddy Yo for some time and when we casually met at the office during our 2014 visit, he happened to have a rough copy of his forthcoming sophomore album—Prisoner—and seemed pretty excited about the work he had put together with fellow up-and-coming MCs and producers in Addis. I can’t lie, we were pretty ecstatic as it’s not that common to have an artist in Ethiopia following up with a sophomore album in a hip-hop genre—a genrethat’s pretty much nonexistent in Ethiopia!

Plugged his phone to the speakers and started playing tracks 1 to 17. For the most part I can see cleaning and mastering the sound was necessary, but as a DJ and a sampling junkie, one song stood out for me. Maybe it’s because a good friend and producer, Yonas Germa, had worked on the same sample back in Queens, New York, but track 7, titled Alegntaye, was a song that stood out from the Prisoner album. Alegntaye is a very patriotic song that breaks down the term “Ethiopianizm” to its simplest compound in both Amharic (Ethiopia’s national language) and English. Alegntaye sounds like a Pete Rock track (with smooth horn samples of Dr. Tilahun Gessesse’s song Alegntaye) and Teddy Yo comes off delivering a SmooveDa Hustler like 90’s “Broken Language flow.  The second verse features Joe Lox, a well-versed expat producer and MC that summed up the track in English, giving it the globalized sound.

After replaying Alegntaye about 10 times, the crew and I already started to direct the song in our heads. After the 11thplay, we had decided to create a music video for the track. We thought securing a location would have been a challenge, but when we asked ourselves, where can we capture Ethiopian society on the day to day life and hustle and that was none other than Africa’s largest open air market, Merkato. Merkato is a place where you would find brand new 3D TVs to your used left shoe blue lace.

Around 2009 Teddy Yo made a name for himself by creating a new sound no one had tried before. He had created a local Hip-Hop genre called “Guraggetone”, a Hip-Hop style of music that embodied a Gurage (an Ethnic group in Southern Ethiopia) style beat with witty Amharic rhymes and modern dance moves. Now, the Gurage people are considered the business-minded entrepreneurs of Ethiopia so you can only imagine the Gurage population in Merkato that are familiar with “Guragetone”.

The next day we had set to meet by noon, thinking the afternoon sun, lunchtime and Khat chewing sessions might slow down the Merkato pace. By the time we got to Central Merkato, Teddy already had about 30 fans surrounding him and his crew. As we moved around to scout for shooting locations, the more the crowd grew. At this point, given people’s reception and love for Teddy Yo, we decided to shoot the entire video in Merkato. From Shekla Terra (Clay Zone) to Beg Terra (Sheep Zone) and from Berbere Terra (Spice Zone) to Worq Terra (Gold Zone), we at Africology Media are proud to present our 1st music video production “Alegntaye” featuring Teddy Yo and Joe Lox, Enjoy!!