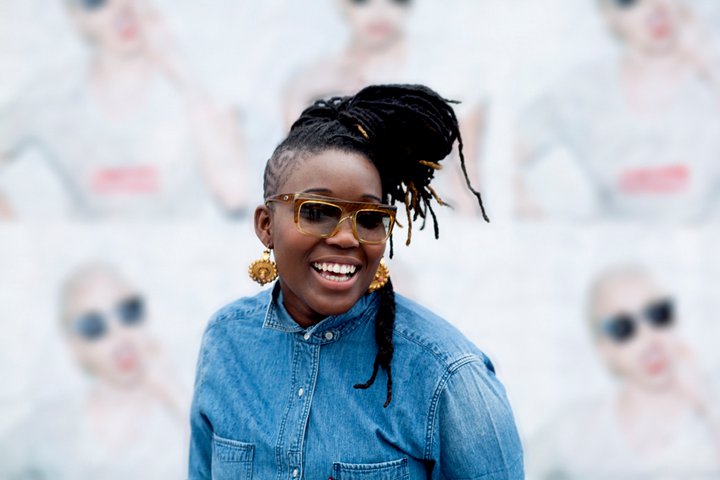 Tawiah’s voice has been discovered and admired by the likes of upper echelon artist like Mark Ronson, Corinne Bailey Rae, Cee Lo Green, The Guillemots and Gilles Peterson.

Like many of the chart-topping elite, Tawiah is a graduate of the Brit School. Having the likes of Adele and Leona Lewis amongst her contemporaries drove Tawiah to begin working with a production team comprised of Blue and Jodi Milliner. Tawiah along with both musician and producer have worked tirelessly to forge Tawiah’s special sound.

The South Londoner was thrust into industry spotlight when Mark Ronson personally requested she tour with him as the front woman and voice of his touring band on his 2007 worldwide tour. For some time, she was entrusted to lend her voice to songs made famous by Amy Winehouse, Lily Allen, and Mary J. Blige. Remarkably, Tawiah had embarked on a series of global tours before she had even begun any serious recording work, regularly substituting for Amy Winehouse during performances of Ronson’s biggest hit, ‘Valerie’ in front of a crowd of thousands.

In 2008, Tawiah independently released her debut EP ‘In Jodi’s Bedroom’ which quickly became a cult favorite on Britain’s underground music scene, ultimately winning her Gilles Peterson’s Radio 1 Worldwide Award for Best Newcomer. Her song “Watch Out” was subsequently voted the 2nd best song of the year by his station. “Every Step”, the second single from her self released EP, went on to make iTunes single of the week.

In 2011, Tawiah was featured on Cee Lo Green’s official remix for “I Want You” and filmed a documentary with Mark Ronson and Guy Chambers for the BBC. Wale tapped her to release a remake of the Method Man featuring Mary J Blige hit “All I Need”. She later went on to perform live with Mark Ronson and Erykah Badu capping off an amazing early career stint. Tawiah has spent the last few years writing, recording and polishing her own brand of alternative soul.

Her latest release, “Freedom Drop”, is clearly more than just a mixtape. Collaborating again with Jodi Milliner, with production and features from Sam Beste of Hejira, Ghana hip hop sensation Wanlov and vocal talent Muhsinah (The Weekend, N.E.R.D, Common), it is a melodic reflection of the past few years of Tawiah’s career. It is worldly and soulful. Not only a representation of her life but a representation of the listeners and fans that have grown to appreciate her music.