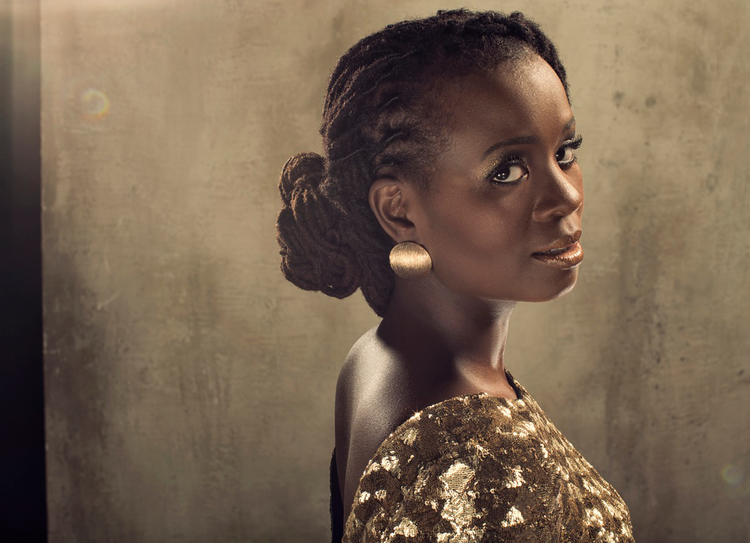 Somi and The Lagos Music Salon

East African vocalist & songwriter Somi has enchanted the music world with a new album entitled The Lagos Music Salon, released summer 2014. Born to Ugandan and Rwandan parents the songstress was born in Illinois.

Extending across African Jazz and soul with a strong hint of African rhythm, the album is elegantly packaged with a stunningly rich collection of poetically intimate and reflective lyrics. Stretching her wings from the US shores to East and West Africa, the album is inspired by an 18-month stay in Lagos, Nigeria.

Enter The Lagos Music Salon and you’ll be enraptured without a doubt.  The album takes you on a light-hearted but meaningfully serious story-filled musical journey. The first time I heard Ginger Me Slowly, a single off the album, I was immediately captivated by the powerfulness of her lustrous sultry voice. Bundled in elegance is this East African’s attractive form of story-telling artistry. Bearing her soul in stories of valuable messages, wrapped in sweet melodies.

It seems, at the heart of Somi’s work is celebrating the African women by way of narrating their stories while mediating on critical social issues. Most telling, a heartfelt track, Four African Women, though holding its own is impressively reminiscent of Nina Simone’s Four Women. The song takes on four African characters narrating the stories of these women who have endured, in varying but yet similar ways, hardship and fracture. In a sweet jazzy melody she sings compelling images of the women subjected to genocide, skin bleaching, circumcision and prostitution. She allures her audience to go on a foray to unvoiced places.

A voice and lyrical profundity to reckon with, The Lagos Music Salon is more than magnetic artistry. It’s of no wonder she has been named “The New Nina Simone”.

You can purchase the album via itunes here.