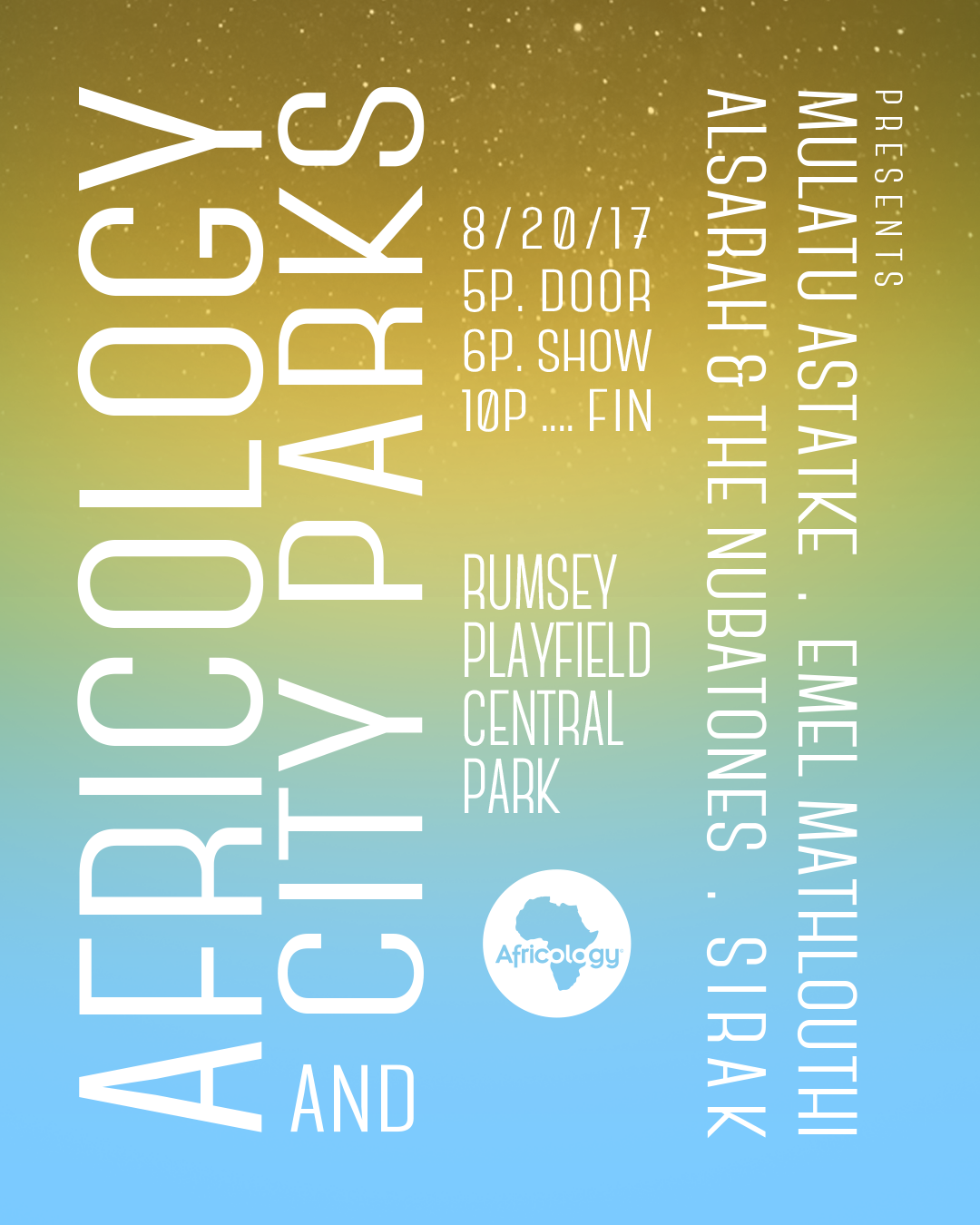 Mulatu Astatke is an Ethiopian musician and arranger best known as the ‘Father of Ethio-Jazz.’ Born in the Western Ethiopian city of Jimma, Mulatu trained in London, New York City and Boston, where he combined jazz and Latin music essences with traditional Ethiopian music. He became the first African student to enroll at the prestigious Berklee College of Music, where he received an honorary degree in 2012. Astatke led his own band, while playing the vibraphone and conga drums; instruments that he introduced into Ethiopian pop music, along with other percussion instruments, keyboards and the organ. His own albums are primarily instrumental in nature, and he performs on all three pivotal records to come out of Ethiopia’s Golden ‘70s. Throughout his career, Astatke collaborated with many international stars, including Mahmoud Ahmed and Duke Ellington, and over the years, numerous high profile hip hop artists have sampled his sounds, ranging from Kanye West to Nas to Damian Marley. Featured in the 2005 Jim Jarmusch film Broken Flowers, Astatke’s music was brought to a wide new audience, and in the later 2000s he toured the United States, further disseminating his unique sound. Emel Mathlouthi first began writing songs as a student, eagerly scribing the politically-driven protest anthem “Ya Tounes Ya Meskina” (“Poor Tunisia”). The Tunisian government banned her songs from radio and TV, and in 2008 she moved to Paris. Subsequently, bootlegs of her live performances in France circulated on the internet back home, including the evocatively beautiful “Kelmti Horra” (My World Is Free), which she passionately sang to protesters. That song went viral and has been dubbed “the anthem of the Arab Spring.” Her debut album of the same name, 2012’s Kelmti Horra, represents Mathlouthi’s mystical yet grounded melding of traditional Middle-Eastern styles with the classic and contemporary sounds of the West (with influences ranging from Joan Baez to Massive Attack and Björk). Her music alternatingly relies on deep synths, tender tablas, vocal chants and astonishing harmonics. Mathlouthi has since given concerts in Egypt and Iraq, performed in Canada at the Vancouver Folk Music Festival and the Festival du Monde Arabe de Montréal, the Sfinks Festival in Belgium, and the famed WOMAD Festival in the U.K. In 2013, she sang in Cairo (her first concert in Egpyt since the revolution), and Ahram Online called her “The Fairuz of her generation.” She was invited in 2015 to perform at both the Nobel Peace Prize Ceremony and The Nobel Peace Prize Concert. Recorded in seven countries, Mathlouthi’s latest album Ensen (Human), features the track “Ensen Dhaif” (Human, Helpless Human), which was named as “best new track” by Pitchfork. Her moving live shows are not to be missed. The superbly dynamic Alsarah is a Sudanese-American singer, songwriter, composer, author and ethnomusicologist. She was born in Khartoum, Sudan, to human rights activist parents. They moved to Yemen, and eventually emigrated to the United States. Alsarah immersed herself in music, listening to bootleg recordings in Yemen and learning piano. She would go on to study ethnomusicology at Wesleyan University, writing her senior thesis on Sudanese Zār music. After graduating in 2004, she moved to New York City and began singing professionally in Arabic, with the Zanzibari band Sound of Tarab. Alsarah then formed the riveting group the Nubatones in 2010, with her sister, Nahid, on backing vocals, bassist Mawuena Kodjovi, oudist Luthier Haig Manoukian, and percussionist Rami El-Aasser. Based in Brooklyn, their sound is imbued with multiculturalism, expressing elements of the modern urban landscape and those of their heritage. They released their debut, Soukura EP, in 2014, followed by the full-length album Silt later the same year. The touchingly melodic and stirring song “Soukura” appears on both albums. They have toured Hungary, Portugal, France, United Arab Emirates, Morocco, Egypt, Sweden, and Lithuania. In 2010, she put out a music video called “Vote!”, featuring rapper Oddisee, prompting Sudanese citizens to vote. In 2013, she released the record Al Jawal, a collaboration with French producer Débruit. Alsarah performed at Waayaha Cusub’s Reconciliation Music Festival, was featured in the 2014 documentary Beats of the Antonov, and recently released Manara with the Nubatones in 2016. As an NYC-transplant from Ethiopia, a nine-year-old Sirak Getachew was immediately bombarded with a whole new realm of cultural influences. Firmly preserving his heritage and identity, Sirak would later incorporate his country of origin’s authentic sounds into his DJ sets. As he established himself as a fundamental voice in the underground hip hop scene, Sirak integrated the thumping beats of these two seemingly different societies into one smooth sound. Sirak often utilizes the vocals and basslines of artists such as Notorious B.I.G. and the Dead Prezidents with the up-tempo drums and clipped breaks that stem from Africa. He is a co-founder of a pivotal company, Africology, an organization devoted to bridging the metaphorical and physical gaps between continents and their endemic cultures, with massive events dedicated to social awareness through entertainment. As he brings “all things Africa” to the forefront of the collective consciousness, Sirak’s music has pervasive implications for the world music scene. With a far-reaching circle of fans, Sirak spins his robust sets all over the globe, from NYC to Nairobi.