Davido in the Bay Area 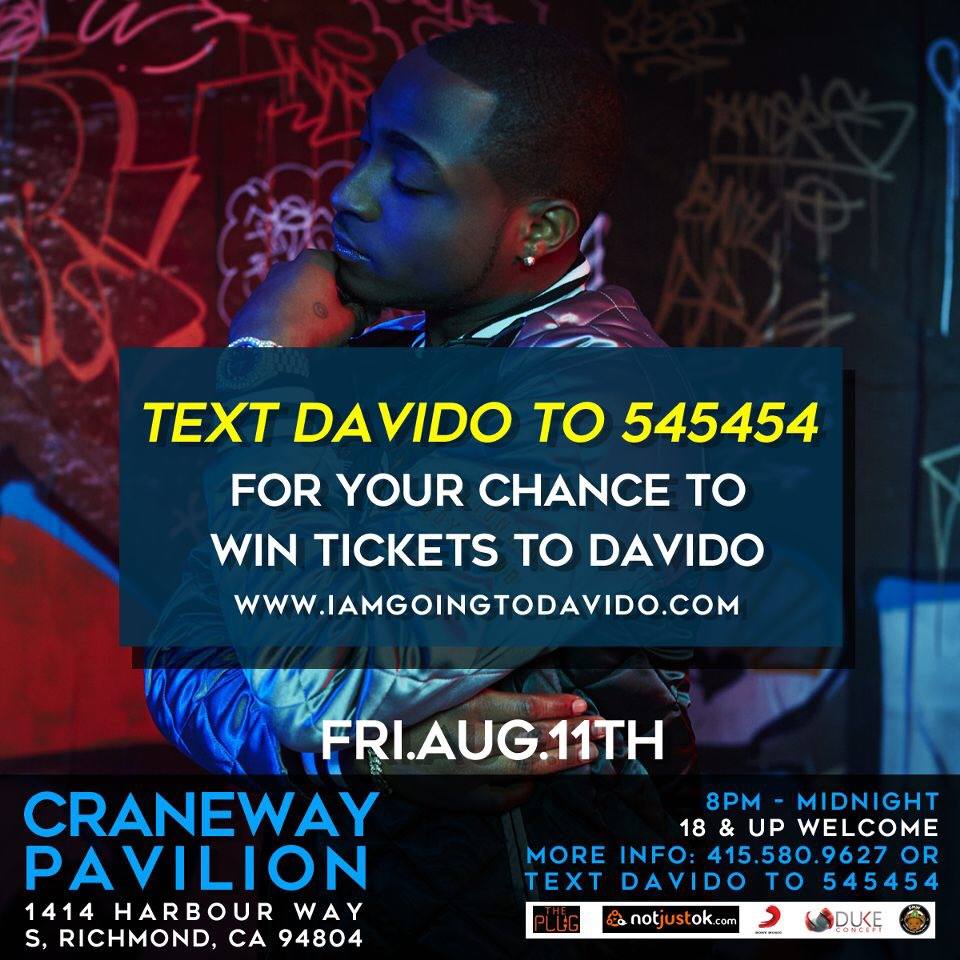 African music has a long history of influencing genres worldwide, and in recent years, the undeniable upsurge of young African artists hailing from the continent, in high demand to work the big and main global stages confirms African music’s enduring popular position in the music world.

Currently, the reverberation of sounds from Africa and the evolving style of music attest to the numerous brilliant innovative mix of melodic kasongo, hip hop, folk, reggae, bongo flava, Congolese rumba, kizomba, kidandali to African pop style of music, influenced by traditional melodies and local scenes. In addition, scores of collaborations from East to South to Central and West Africa are emerging, marking the future music direction of Africa. Young African talents seem set to take over the world’s pop charts.

Also, with the support of the internet and social media, taking advantage of platforms like YouTube to break new stars, in addition to a rising young African consumer population (Africa has the world‘s youngest population) and a growing number of Africans living in the diaspora eager and nostalgic for everything homeland, little known yet opulently talented artists are getting popularized.
Among the upward trending young and creative Africa, the West African nation is arguably named ”the fulcrum of African pop”. In the upsurge of Nigerian rhythms and melodies of afrobeats, highlife and dance music, acclaimed artists like Davido are featured as pivotal talents in the expanding sound of Naija beats (high-energy dance music) and the allure afrobeats (a term popularized in the UK. and not be confused with Fela Kuti’s afrobeat) has been able to conjure across the continent and beyond.

Davido is an American-born Lagos based Nigerian recording artist, performer and producer, born to a Nigerian tycoon. At 23, Davido is not only one of Nigeria’s afrobeats stars with an impressive top charting singles, but he’s also, together with his brother, owner of HKN Music record label as well as a prominent producer. He’s produced songs for Naeto C, Skales, Tiwa Savage and Sauce Kid.
It was soon after his return to Lagos, in 2011 while he was still in school that Davido produced and released his first musical recording “Back When”. A few months after, his second release ’Dami Duro’ featuring his ”halfway talking and halfway rapping” signature style vocals over a mix of silky synths and dance music became an immediate hit resonating with a diverse audience. The hit song making the airwaves spurred Davido’s popular style — mellow sound punctuated with auto-tuned vocals and beats. Since, his hits include ‘Skelewu’, ’Aye’ and ’Tchelete (Goodlife)’, and a new single ’If’ reviewed by critics as reminiscent of Nigerian artist Techno -— the producer of the single.

Afrobeats Concert Series is a fresh concept focused on introducing and promoting Afrobeats artists to the Bay Area. The series is created and organized by Utake Ent. Group, an entertainment company in collaboration with local Bay Area festival organizers with the objective to bridge cultures through a concert series — by way of music.

The organizers have promised that the first of the series, Davido, will be one of the biggest shows: “This will be a coming out party of all African in the Bay Area to celebrate together and share with other what Afrobeats is all about.”