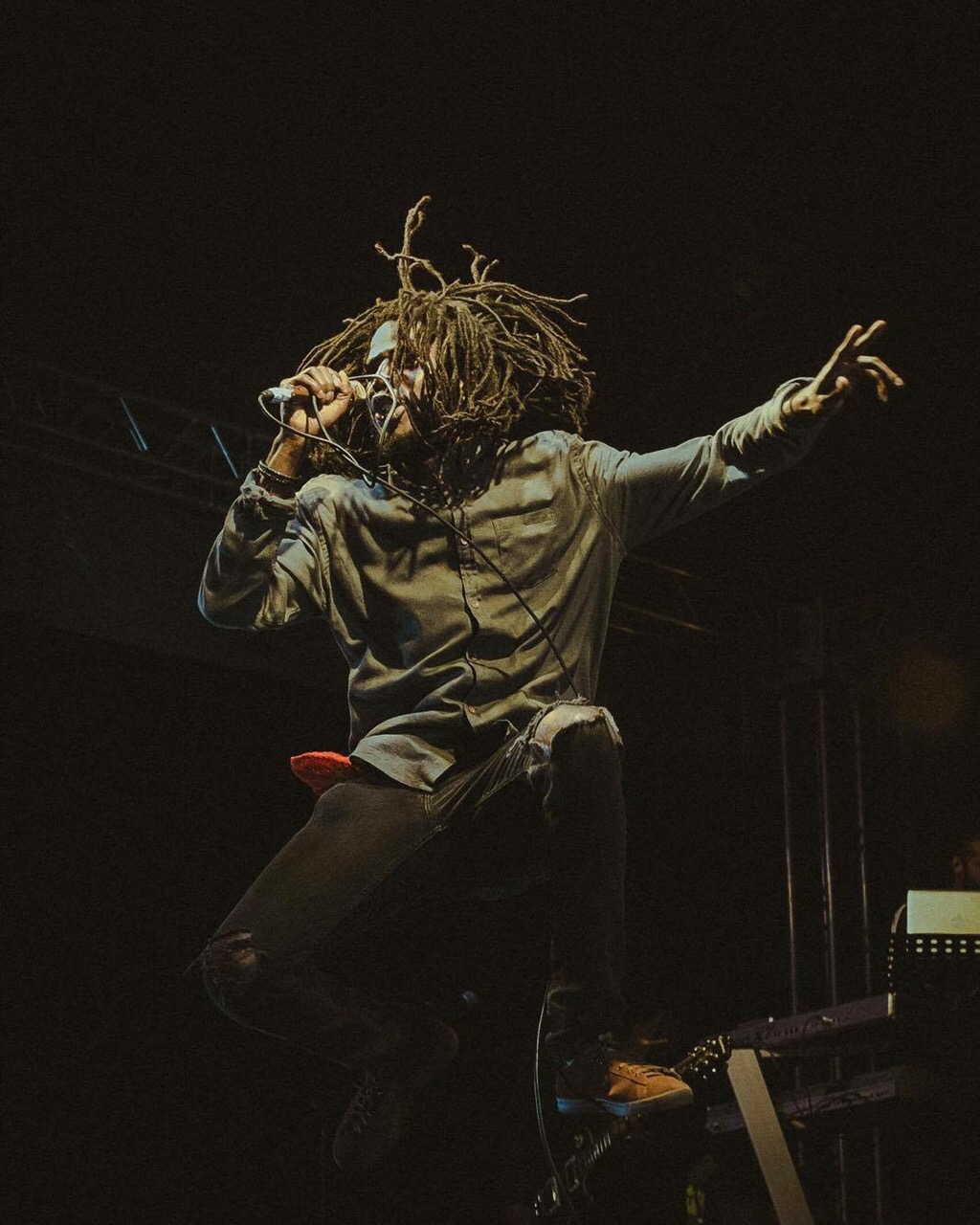 Born, Jamar Rolando McNaughton Jr in Spanish Town, Jamaica, Chronixx, 23, started his early music career at the age of 11. Chronixx launched his career in 2003,following the footsteps of his father, Chronicle—a prominent reggae artist in the 80s—while still singing harmony for artists like Hyperlink and Lutan Fyah.

Chronixx released a collection of singles in 2011 that included “Behind Curtain” and “African Heritage” that helped put him on reggae’s frontline, followed by the mixtape “Light a Fyah” presented by Diplo, under his Major Lazer alias. In 2013 the “Dread and Terrable” EP gained him worldwide recognition with singles like “Here Comes Trouble” and “Rastaman Weelout”.

This past Sunday evening, around eight thousand residents of Addis Ababa flocked to Bole Fana park located in the heart of the city. Men, women, young, and old turned out to witness a historic performance from the new reggae phenomenon Chronixx. The weather inAddis wasn’t too sunny during the day and it actually rained around 3:30. The uncertainty of Addis Ababa’s weather vanished, as the park gates opened for the masses. With the sun out, people’s expression became more festive as the park started to fill up. The wet grass, sunny sky and the DJ’s selection of cool reggae “Riddims” created vibes that channeled the roots Reggae atmosphere.

The opening acts comprised of local artists. First up was YOYO, who took control of the crowd with his rendition of Damion Marley’s “Love and Unity”. Tsedenya and Mitu, the “dancehall queens”, kept the crowd entertained. The pioneer of Ethiopian Reggae music, Jonny Ragga took the stage with the Washington DC native Kenny Allen and the crowd became electric. The highlight of the openers was none other than Ras Yani, the “Ethiopian Capleton” and high energy performer. Ras Yani’s comedic song “my phone a ring” about phones ringing at all hours of the day had the crowd laughing and hyped at the same time.

By 9 pm, the park was packed and grooving to Selector field Marshall’s 45 LP selections while Zinc Fence Redemption band set up for the much anticipated headliner performance. It was close to 10 pm when Chronixx stepped on stage. The moment the lights were lit, the park was filled by unparalleled screams & shouts from the well over eight thousand fans welcoming the new reggae sensation to his uncaptured homeland, Ethiopia.

Chronixx opened up his act with his loved track, “Alpha and Omega” prompting the entire crowd to jump to their feet with sheer excitement. His performance that lasted for a bit over an hour featured famous songs including “Eternal Fire”, “Here Comes Trouble” and “Captured Land”, among other hits with the audience reciting each line of the lyrics to his songs.

The entire performance had some sort of hypnotizing effect on people, with their hands, cell phones and lighters in the air while singing to every song he was performing. Residents of nearby apartments to the venue had a free vantage point from their home patios to this epic event that brought the city to life in the dark hours.

Chronixx closed the Addis leg of his tour with an encore performance when he concluded by chanting “Ethiopia, Eritrea and Somalia should come together” and the thousands present showed their support and much felt love to this young, yet very talented artist, with their voice in unison as should be.

Only a few glitches were observed in sound engineering during the opening acts and a rather late starting time overall. However, the Roots and Chalice tour stop in Addis can be dubbed an overall success with commendable credit due to the organizers EML Events.