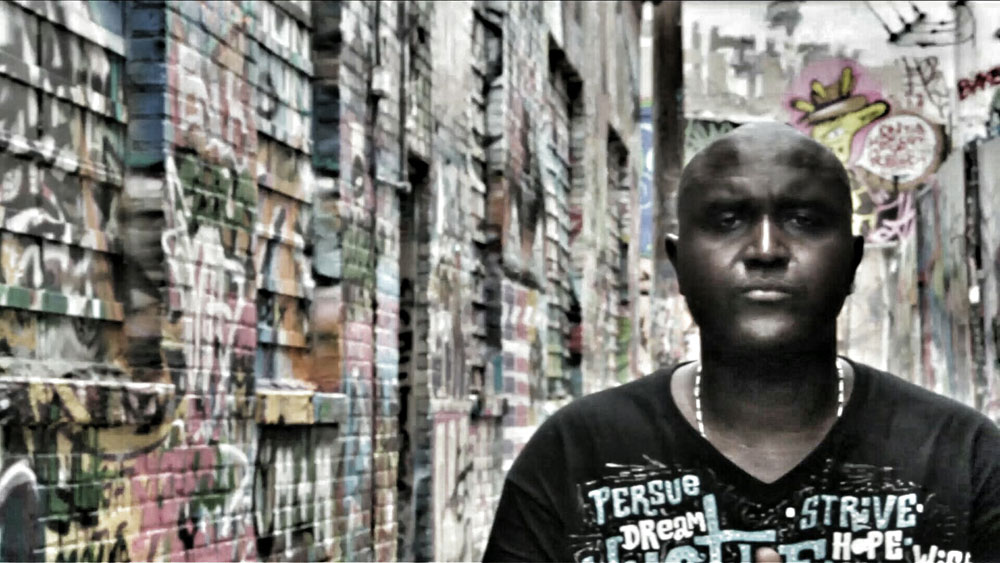 To get this month of July in high spirits, here’s a world exclusive premiere of Chosan’s new video entitled Show Goes On from his third solo effort Till I Touch The Sun.
Now, for those who may not be familiar with Chosan, here’s a short bio. Born in Sierra Leone, Chosan spent his childhood in London then moved to America. He was also the voice on the Kanye West video Diamonds From Sierra Leone and has released three studio indie albums – The Beautiful Side Of Misery, Diamond In The Dirt and his most recent Till I Touch The Sun. All of his albums have been self funded and are about real life stories, motivation and struggle. Chosan is also a community youth activist in the creative arts and education throughout Brooklyn, Harlem and Bronx areas. He is the head of Silverstreetz Entertainment and ‘Paint Soul’, a company specializing in exclusive designs for men, women and children.

The track was written prior the Baltimore Riots and is broken up into three stories. The first story is about his relationship with his parents and their move from Sierra Leone to London. Part deux is based around Chosan’s long term relationship and his life between Baltimore and New York. The third verse is based solely about the total chaotic unrest in the black and brown communities. The video was shot in Brooklyn, the Bronx and Baltimore City. It features cameos from M1 – one half of the Hip Hop group Dead Prez – and Femi The Dri Fish and The out of water eXperience, a rap/rock/poetry group from Baltimore City.

Watch the video here, and the ‘making of’ below: