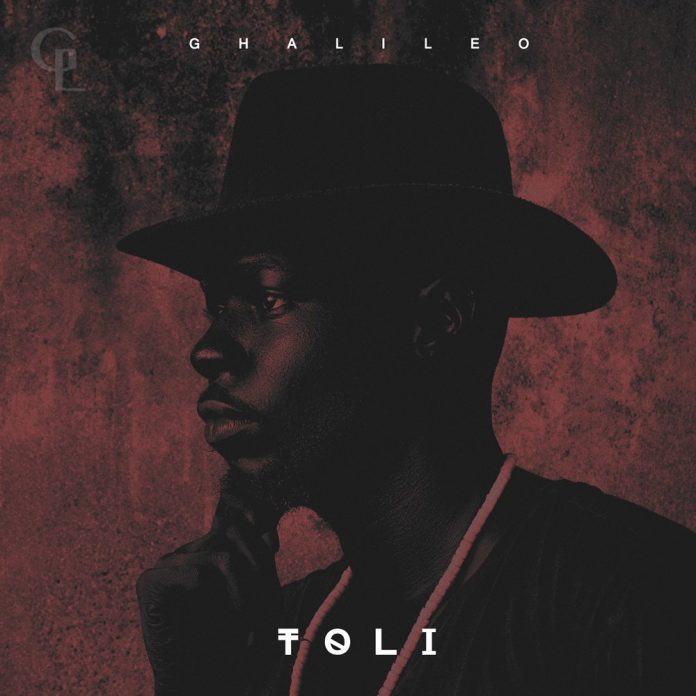 Ghalileo is a Ghanaian-American avant-garde music film artist based in Accra, Ghana. He experiments with myriad rhythms and textures to express abstract. His work highlights a strong metaphysical tone. He calls it ’Spirit Music’, a medium with which he channels the voices of his muses. This year has seen Ghalileo release two singles ‘Toli’ & ‘Obaa’ off his upcoming EP- Akom. In July, he released ‘Those Children’, a visual poem that introduced his aesthetic to the world

I came across his new video ‘Those Children’ online. A three minute film laced with subtle storytelling, potent imagery, and intricately woven poetry.  The video captures the funeral ceremony of a chief from Akwamuman in the Eastern region of Ghana. There’s colorful display of Ghanaian dances Adowa and Agbadza and borrowed sound bites from Minister Louis Farrakhan and Miriam Makeba which enrich the thematic experience of the film and adds more punch to the narrative, Ghalileo spews jewels in his Inspectah Deck type flows synced with poetic undertones.  “Those Children” is obviously not your average African booty shaking videos that TRACE TV or MTV Base premieres! This video is pertinent in an ongoing conversation of race relations in the US and around the world that has people of African descent living there for the hashtag #BlackLivesMatter.  African Lives Matter I had a brief but interesting conversation with him via Facebook and email about the intriguing visuals in his new poem ‘Those Children’. Here is a short trip into the mind of this young visionary Ghanaian artist. Also make sure to check out the video and subscribe to his channels! D: This is an intriguing piece of art that you have just released. What inspired the narrative of the video?

G: There is something very haunting about our African-ness. Our true spirit emerges in dark times.

D: The visuals can be described as a powerful statement and wake up call for the black race. How do you want your immediate audience in Ghana who may not be ‘woke’ to decipher the subtle messages in the video?

G: I am realizing more and more that art must be more than explained. People on the continent for the most part are entrenched in their beliefs and the length of their practiced faith is the center of their devotion.

D: What are your thoughts about enlightenment of the masses via your chosen art form? Would you encourage your peers to educate? Or should they exercise their creative freedom of expression in any manner they desire?

G: Everything is energy. In the exercise of their freedom, they will have more appreciation of themselves and their planet that as their artistic freedom is being nourished, their creative freedom and power over their experiences will be inevitable.

D: In the intro text you say: “The e following film is a work of art; the video montage contains excerpts from an actual funeral ceremony. The words and music represents the vision of the artist alone” Is this a disclaimer? And if so why?

G: I understand that as much as I have my perspectives, I am not qualified to impose them on others. Most of the lyrics question the very foundation of our behaviors, and in such a static polarized religious atmosphere I must be mindful of misrepresentation. The footage is primarily real-time and not dramatized so I needed to make it clear.

D: How do you feel about humanity today and a ‘seemingly’ tumultuous existence for most people?

G: People for the most part are coming into their own awareness. The old paradigm of passive existence is wearing off. These ‘seemingly’ tumultuous times is a brief phase of healing which requires being purged off twisted ideologies crafted to control the behavior of societies to serve the architects, their children and associates. D: What challenges have you had worth sharing on your penmanship and distribution of your works? How do you maneuver through a watered down state of consciousness in today’s music?

G: It can be quite tiresome. Passion is essential. Perseverance. Initiative. I used to be so worried because I am aware how disposable people process the creative output by the mainstream. At this point I am connecting gradually with those who gravitate to what I’m channeling and working to develop a more immersive experience for them. There are several people who do not support what I do out of reasons I no longer wonder or want to understand. I am focused on the craft, my character and connection to my world. I have no TV radio or print coverage and that is obviously limiting the potential fan base but I’m in this for the long haul and I am confident that in time the magnet will be stronger than ever.

D: If you had the ultimate power to be able to do something you consider most dear, what will it be?

G: I care about so many things. I believe we need spaces sponsored by Corporate Africa for recreation, learning and silence. The Government should partner with the Creative world to enrich our pool of knowledge. I believe we need a nexus of thought independent of the partisan political structure, that is funded by the National Budget to exercise national projects that nourish the creativity of our young people by providing safe, clean and accessible spaces for them to relax, play, interact, study, eat and rest.

Make sure to follow this young visionary questioning society with his craft! He promises to be a quintessential force in Ghana’s ever evolving cultural landscape. One who seeks spiritual nourishment via the arts can now subscribe to the progressive West African narrative.

About the writer: Delasi is your Ghana Afronaut and Soulgod!